Should We Give Away Medications for Free?

The solution may not be a practical one, but if we gave away medication for free, everyone would become a perfect patient and never miss a dose or refill, right?

Unfortunately, the solution to medication nonadherence isn’t that simple. Research and expert investigation reveal that even free access to prescriptions would barely make a dent in the problem.

Nonadherence’s root causes go well beyond the cost of medication and deep into human psychology.

“Nonadherence is a huge problem, and there’s no one solution because there are many different reasons why it happens,” says Bruce Bender, co-director of the Center for Health Promotion at National Jewish Health in Denver.

Taking pills can become a daily reminder of an illness and make patients feel weak and vulnerable. It can also be difficult to connect today’s dose of preventative medication to a possible future health problem, particularly in the case of “silent” conditions like hypertension.

Taking Medication “For Nothing”

“I’m old-fashioned – I don’t take medication for nothing,” one patient with failing kidneys, peripheral vascular disease, diabetes, and a large clot in his heart told Dr. Lisa Rosenbaum

This kind of thinking is often to blame when patients end their prescription regimen against medical advice. A TruvenHealth and NPR study found that of the people who stopped taking a prescribed medication without telling their provider, 14.5% did so because they believed the medication wasn’t working and 15.8% stopped because they felt better.

Over 17% of patients ended their refills because they believed they no longer needed the medication, which Bruce Bender says is common. He reports that patients “often do a test, stopping their medications for a few weeks, and if they don’t feel any different, they stay off them.” While they may not notice an immediate impact, nonadherent patients will have to deal with the negative repercussions of this choice in the future.

Interestingly, only 10.3% of the patients surveyed reported cost as the reason they stopped taking their prescription.

Paul Slovic has shown that if we feel negatively disposed toward something, information we receive about its potential risks leads us to discount its potential benefits. For patients already uncertain about prescriptions, this can lead to overemphasizing side effects and ignoring nonadherence’s impact on long term health.

The TruvenHealth/NPR study seems to bear this out. Twenty-nine percent of patients who stopped taking their prescription medication without telling their provider did so due to side effects, the highest single factor reported.

When we look at results only for respondents earning less than $25,000 per year that number skyrockets to 51.9%. In this same group, which would theoretically be most sensitive to the price of prescriptions, only 12.1% of patients cited cost as the main reason they gave up a prescription.

A Complex Problem That Needs a Thorough Solution

“We have to be more creative,” she says. “We’re dealing with the human brain.”

The Gamification Playbook for Pharmaceutical Marketers 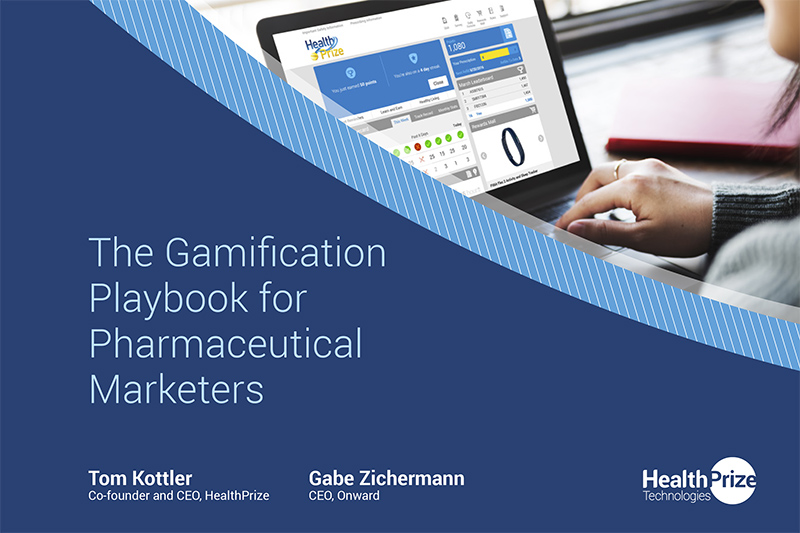