Every Pharma Marketer Should Read these Ten Articles about Medication Adherence

We may be biased, but we think every pharmaceutical marketer should understand the scope and causes of, and interventions for medication adherence. But with more than 100,000 articles published about adherence over the past 20 years, which ones should you read first?

We asked Katrina Firlik, MD, HealthPrize co-founder and Chief Medical Officer, to help us wade through the muck and the mire of adherence writings and select what she considers the ten most important adherence articles published over the past several years.

These articles cover the topic of adherence from diverse angles and perspectives, but all share the same goal: to help patients take their medications as prescribed in order to improve outcomes.

This paper details a more-thorough-than-usual explanation of the reasons for nonadherence, highlighting the complexity of the problem. While cost and forgetfulness are the primary knee-jerk reasons often cited by those new to examining the adherence problem, the authors clarify the reality of the multi-dimensional landscape of challenges that lead to nonadherence. Also important is the understanding of the timeline of adherence, from initiation, to implementation, to discontinuation. The approaches required to improve adherence often need to change based on this timeline, as the reasons for avoiding a first fill are often different than the reasons for discontinuing refills a number of months later.

Read the article at NEJM Catalyst.

2. The Value of Drug Adherence

This clear and succinct report by Pfizer outlines a number of useful statistics that address not only the scope of the adherence problem across a number of chronic conditions, but also how the value of medication adherence can be measured, with a focus on the fact that patients who are more adherent to their medications are less likely to require expensive emergency room visits and subsequent hospitalizations. Perhaps the most stunning statistic is this: $1 more spent on diabetes medicines equals $7.10 less spent on other services. In this era of cost cutting, the critical role of medication adherence in driving better outcomes and in preventing otherwise unnecessary healthcare spending makes it clear that adherence programs are not a nice-to-have, but a must-have.

A common assumption is that nonadherence is largely due to the high cost of medications. This carefully controlled trial published in the New England Journal of Medicine showed that offering medications for free as an adherence intervention can be effective, but the effect is fairly modest—an improvement of 4 to 6 percentage points above controls. The patients in the study were enrolled upon discharge from the hospital following treatment for a heart attack. Perhaps most surprisingly, adherence rates in the control group (who paid their usual prescription copays) had adherence levels of only 35.9% to 49%. Of note, one reason that adherence rates in both groups are lower than in many other adherence studies is the methodology: patients who did not fill at all or filled only once were still included. Most adherence studies exclude these patients for various reasons, which unintentionally serves to artificially boost adherence numbers, ignoring patients with the worst adherence rates.

Read the full text at the New England Journal of Medicine.

The advent of e-prescribing has allowed for a more accurate assessment of primary nonadherence, or failure to fill a prescription at all. This large study of over 75,000 patients shows that new prescriptions are filled only 72% of the time. Patients who don’t fill at all are arguably among the most critical of patients to address but are often ignored, either because they remain hidden from potential recruiting mechanisms or are the least likely to engage in adherence programs. However, adherence gains in this population hold the potential for the greatest improvements in clinical outcome and in decreasing healthcare costs—far more so than improving the rates of an already adherent population from 80% up to 90%.

Read the full text at PubMed.

This report, co-authored by Capgemini Consulting and HealthPrize, was the first to estimate, in a careful and detailed manner, the revenue loss incurred by pharmaceutical companies due to medication nonadherence. Globally, the estimated revenue losses were $564 billion based on 2011 numbers. The report was updated in 2016, with a revised estimate of $637 billion in losses. Clearly, from the broadest perspective, the greatest implications of medication nonadherence are its effects on clinical outcomes and quality of life. However, a more accurate understanding of how nonadherence impacts pharmaceutical revenues is critical to prioritizing adherence interventions led by the pharmaceutical industry, as a primary means of affecting the double bottom line.

Based on a survey of 2,000 patients, Accenture examined which services provided by pharmaceutical companies were most highly desired and most frequently supplied. Interestingly, the largest gap between supply and demand existed with rewards programs. Sixty-three percent of patients wanted a rewards program from pharma but only 10% received them (the definition of a rewards program was not specified in the report, but rewards for adherence is a key application). In fact, rewards programs were in greater demand than were financial assistance programs (51%), even though financial assistance was ranked as more important. Clearly, patients are seeking more than just a pill from pharma, and in designing patient support programs of all types, it is critical for pharma to take into account the needs and—equally important—the desires of patients.

This paper, written by heavyweights in behavioral economics, describes the potential for this discipline to improve medication adherence and other healthy behaviors. Most critical to driving patient engagement and success with these programs is incentive design. Too often, incentives are deemed a failure when, in fact, they could have been more effective given a more compelling implementation. Smaller and more frequent rewards, for example, tend to work better than a larger reward at the end of the year. Less visible rewards, such as an additional amount added to a paycheck at the end of the month is less compelling than a reward delivered separately. These are just a couple of the insights outlined in this primer that should be required reading for those designing health-related incentive programs.

Read the article at HealthAffairs.org.

This high-quality study of nearly 170,000 patients’ pharmacy records elucidates 2 primary adherence metrics—proportion of days covered (PDC), and persistence—across 6 medication classes for patients new to therapy. The classes and their respective PDC rates at 12 months were: prostaglandin analogs for glaucoma 37%, statins for high cholesterol 61%, bisphosphonates for osteoporosis 60%, oral antidiabetics 72%, angiotensin II receptor blockers for hypertension 66%, and overactive bladder medications 35%. The persistence story as a measure of patients still refilling at a certain time point and based on a defined “gap” period, is told best by figures 2, 3, and 4, highlighting the steep “cliffs” that represent the rapid discontinuation of refills within the first few months of therapy across all 6 medication classes.

Read the article in the Journal of Managed Care Pharmacy.

Most studies of medication persistence focus exclusively on how many patients quit over a relatively short time period (12 months, typically). But that’s not the end of the story. This paper goes a step further to examine what percentage of those who quit go on to restart. Similar to other healthy behaviors such as exercise, some patients wax and wane in terms of their adherence. Over 570,000 patients were analyzed. What they found was this: in the primary prevention group (no known cardiovascular disease), 47% quit refilling and 72% of those who quit ended up restarting. In the secondary prevention group, 41% initially quit and, of those, 75% later restarted. In order to design the most effective programs, it’s important to understand the nuances of patient behavior over greater time periods and to move beyond the most simplistic of adherence metrics.

10. Medication Adherence: Tips and Traps in Understanding the Adherence Literature

Our white paper, “Medication Adherence: Tips and Traps in Understanding the Adherence Literature” helps to explain how adherence studies are done and reveals the complexities inherent in their interpretation, particularly when comparing statistics across different studies. This is important reading for those who wish to understand the metrics and methods, rather than simply the headlines. As one example, some adherence studies focus exclusively on “incident users” (new to therapy) and others focus on “prevalent users” (not new to therapy, or potentially mixed). Obviously, because those new to therapy are most likely to quit, studies of incident users typically demonstrate the worst adherence rates. Comparing a study of incident users to a study of prevalent users would need to be done with caution and caveats. The bottom line is: seek to understand the methods behind the results.

Want to learn more about the HealthPrize patient engagement and adherence platform? Request an online or in-person demo. 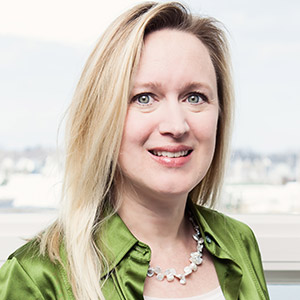